Schools and factories have much in common; managers grumble about Unions-schools about bad discipline and National Curriculums. Most managers know next to nothing about human relations and I doubt if it is any different in schools. The greatest help to me came from AH Maslow’s “Personality and Motivation”. He knew that none of the books on psychiatry told him what constituted a healthy mind so he had to make his own researches. I first heard of him from Texas Instruments who used his Hierarchy of Human Needs as a guide to treatment of workers. I applied this to Tetley Tea immediately while reading the book, with good results. I recommend it for its many insights into human beings’ minds and their vital needs. Here is one of his statements: “ Let people realize clearly that every time they threaten someone or humiliate or hurt unnecessarily or dominate or reject another human being, they become forces for the creation of psychopathology, even if they be small forces. Let them recognise that every man who is kind, helpful, decent, psychologically democratic, affectionate, and warm, is a psychotherapeutic force even though a small one.” AH Maslow.
Korzybski described Einstein’s thought as being from the ‘unspeakable’. My map of Enlightenment gives twelve dimensions to replace the unspeakable. Science does not think in words but these twelve dimensions that include higher mathematics. I regard such thought as being an exploration like an evolutionary reconnaissance. Joy can come from just being part of reality, but the twelve dimensions have their own fountains of joy: Visualization, creativity, vision, imagination,intuition, use of creative hemisphere, above all are the joys from the superconscious, Beauty to do with creativity and the Peak Experience is vital, Vision as the telescope of the mind is important. These twelve are the basics of the mind, other dimensions such as inspiration,loyalty, integrity, compassion give the mind farther backbone so it is the indefatigable mind, the undefeatable mind.
My thought is in visual images: visualization the infinite language with infinite ideas gives infinite answers and hope. It is not of artificial word-noises that lead many to an artificial life that might be called verbalizes. We should remind ourselves of two indomitable Victorians, one of them was Henry Stanley sailing down the giant Congo River where every few miles were villages of cannibals whose one thought was how they might eat Stanley and his men. He was called in the native language ‘ The Breaker of Obstacles’. The other was the supreme leader Shackleton whose rival said: “ Sir Ernest Shackleton’s name will for ever more be engraved in letters of fire in the history of Antarctic Exploration.” Roald Amundsen.
Creativity is our breaker of obstacles that is more than a match for our puny obstacles. I was sent back from America to run Tetley Tea Company that was losing money and was a very bad company. Within three months we were making money and in three years we had made so much money that I was able to give our workers a pension, which they did not have. I was not going to be in charge of people who could look forward only to a State Pension.
This was achieved by harnessing the entire creativity of our workers by giving them almost unheard of rewards for ideas. The pioneer of this was James Lincoln founder of the Lincoln Electric Company in America, which produced four times more than other companies and paid workers twice as much. Every idea of workers was paid 100% of its value shared by all workers. Lincoln and the workers were all Breakers of Obstacles.
I was inspired by Abraham Maslow though most ideas on creativity came from WJJ Gordon’s “Synectics” but I gained many insights from Maslow. He interviewed 3000 University students finding only one who had reached the highest level of the Hierarchy. The self-actualized he separated into extremely competent people and the highest: those who gained the Peak Experience. (Peakers) which is also the highest category for creativity and called Creative Rapture: the Eureka experience or breakthroughs. He said that all his self-actualized people were creative in the sense of being artists or poets and taking part in art. He wrote the finest statement on the Peak Experience I have ever read on page 164 of “Motivation and Personality.”
AEI Falconar (Ted)
Author and celebrated writer
Newer Post Older Post Home 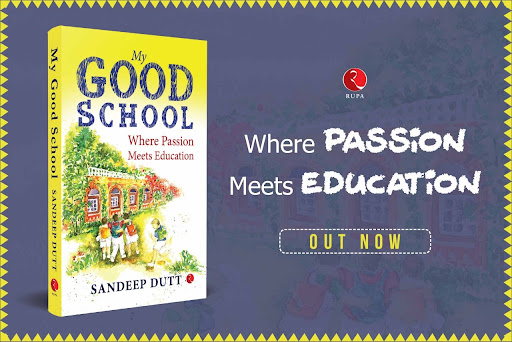 "Good advice for those who want good schools to be even better". Ruskin Bond