The parents should chill out!

Many parents of 20-somethings worry that their offspring haven't yet found a career path, gotten married or become financially independent.
These parents should chill out, experts say. 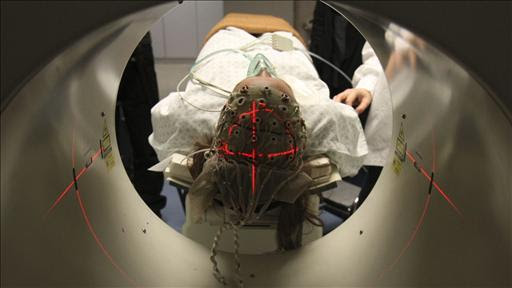 Biologists, psychologists and sociologists are increasingly seeing the years between 18 to 25 as a distinct phase of human development, worthy of much more study. Melinda Beck on Lunch Break has details on Lunch Break. Photo: AP.
Recent research into how the brain develops suggests that people are better equipped to make major life decisions in their late 20s than earlier in the decade. The brain, once thought to be fully grown after puberty, is still evolving into its adult shape well into a person's third decade, pruning away unused connections and strengthening those that remain, scientists say.
"Until very recently, we had to make some pretty important life decisions about education and career paths, who to marry and whether to go into the military at a time when parts of our brains weren't optimal yet," says neuroscientist Jay Giedd at the National Institute of Mental Health, whose brain-imaging studies of thousands of young people have yielded many of the new insights. Postponing those decisions makes sense biologically, he says. "It's a good thing that the 20s are becoming a time for self-discovery."
Such findings are part of a new wave of research into "emerging adulthood," the years roughly from 18 to 29, which psychologists, sociologists and neuroscientists increasingly see as a distinct life stage. The gap between adolescence and full adulthood is becoming ever wider as more young people willingly or because of economic necessity prolong their education and postpone traditional adult responsibilities. As recently as the 1960s, the average age of first marriage for women in the U.S. was 20, and men 22. Today, the average is 26 for women and 28 for men.
"It should be reassuring for parents to know that it's very typical in the 20s not to know what you're going to do and change your mind and seem very unstable in your life. It's the norm," says Jeffrey J. Arnett, a professor of psychology at Clark University in Worcester, Mass., who coined the term "emerging adulthood" in 2000.
Enlarge Image 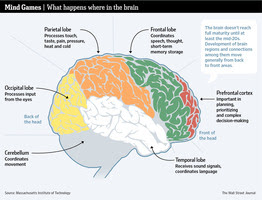 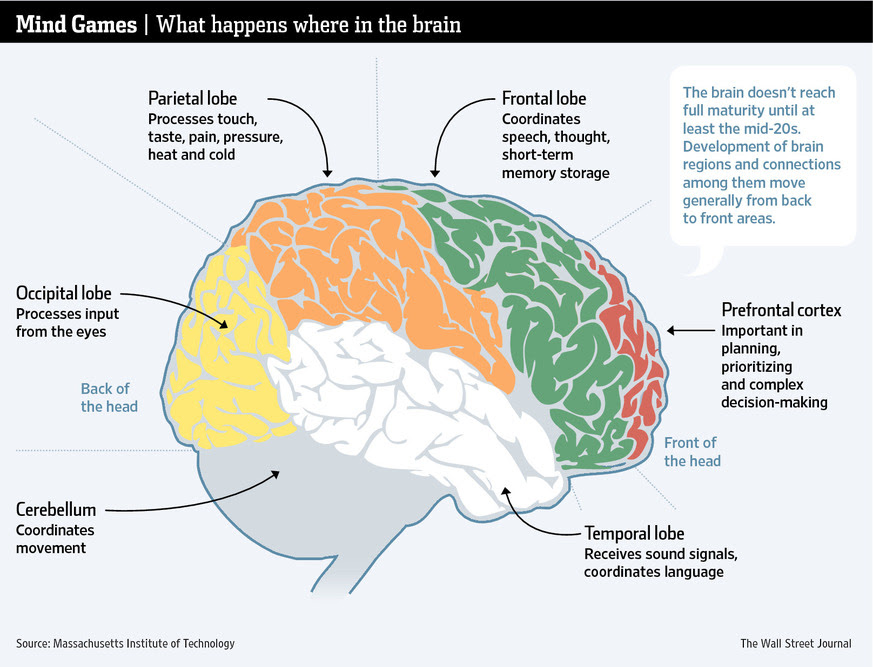 For young adults, it can be a stressful time. High rates of anxiety, depression, motor-vehicle accidents and alcohol use are at their peak from 18 to 25, trends that tend to level out by age 28, studies show. And a recent survey by Clark University, which polled more than 1,000 young adults nationwide, found that 72% said this time of life was stressful and 33% said they were often depressed. Still, 89% believed they would eventually get what they want out of life.
At age 28, Nikki Cohen has explored more careers than many people do in a lifetime. After a year as a pre-med student at Emory University, the Long Island native moved back to New York to attend Parsons School of Design. "I decided fashion was more exciting than science and a little more 'me,' " Ms. Cohen says.

She opened a clothing boutique when she was 23 and starred in a short-lived reality show, "Downtown Girls," on MTV. When the show was canceled and her store fell victim to the economic downturn, Ms. Cohen decided she was passionate about health issues after all and is now completing her master's thesis in health education at Columbia University.
"It's definitely a scary time," says Ms. Cohen. "I'm fearful that I'm not going to get a job or meet a man that makes me happy for more than a month. But I'm also happy that I get to try out different things."
Researchers are just beginning to study how different experiences in adolescence and young adulthood may impact brain development. In one recent study, Dr. Giedd and his team compared brain images of teenage mothers with teens who hadn't given birth, but the researchers didn't find any clear differences. Yet other studies have found that skills such as playing an instrument or speaking another language are easier for young people whose brain connections are still forming. Adults also can learn new languages, but with more difficulty and often with an accent.

A recent nationwide poll of more than 1,000 young adults found they are stressed but optimistic. Here are some survey statements and how people responded:
Source: Clark University
The fact that the brain stays unfinished during early adulthood "is the best thing that ever happened to humans" because it allows us to adapt to changing environments, says Dr. Giedd. "We can figure out what kind of world we live in and what we need to be really good at."
The front part of the brain, called the prefrontal cortex, is one of the last brain regions to mature. It is the area responsible for planning, prioritizing and controlling impulses.
By the late 20s, "there's better communication between parts of the brain that process emotions and social information—like what people think of you—and the parts that are important for planning ahead and balancing risk and reward," says developmental psychologist Laurence Steinberg of Temple University.
How can emerging adults maximize their brain potential in this period? "Things that are cognitively stimulating are important," says Dr. Steinberg. "Watching talking cats on YouTube isn't as good for cognitive development as reading or taking classes."
Even young adults who are financially dependent on their parents can practice independence in other ways. "My advice is, if your parents are currently doing things for you that you could do for yourself, take the controls. Say, 'No. Mom, Let me get my own shampoo,' " says Jennifer Tanner, a developmental psychologist and co-chair of the Society for the Study of Emerging Adulthood, an academic organization.
Physically, the body is at its peak during emerging adulthood and the chronic diseases of later adulthood won't start for a while.
The top 10 causes of death in young people—including motor vehicle accidents, homicides and suicides—are all preventable issues relating to judgment, not illness.
Adolescent and 20-something brains are also particularly vulnerable to trauma, abuse, alcohol and drugs. Brain scans have shown that heavy drinking, defined as 20 or more drinks a month, in young people can lead to decreased cognitive function, memory and attention.
Some 20-somethings also are laying the groundwork for later health problems. About three-quarters of young adults are overweight, raising their risk of later obesity, and about 25% smoke cigarettes.
Some severe mental illnesses also become apparent between ages 15 and 25. Early warning signs of schizophrenia include hallucinations, sudden hostility and suspiciousness, blank stare and incoherent conversation. Bipolar disorder involves cycles of depression with recklessness and impulsivity, such as excessive spending.
Parents who suspect their grown children could have a mental-health problem should get an assessment right away. "It's extremely complicated even for professionals to parse out what's developmental and what's a mental-health problem in this age period," says Dr. Tanner. "If your kid won't go, go yourself and get professional advice. You can't even start working on the developmental stuff if there's a mental-health issue," she says.
Rates of depression, anxiety and other mental-health issues are higher in the teens and 20s than in any other decade except the 80s. Some experts blame the roller coaster of change and uncertainty during the youthful years. "Most emerging adults find it very exciting to be in this time of life, but some find it overwhelming. They wonder, 'How do I find out who I am, or what I want to do?' Or they want to be a doctor or own a business and they find the doors closed to them," says Dr. Arnett.
"There's also a lot of loneliness and making and breaking of romantic relationships in this period."
Many of those issues ease by the late 20s. By then, the vast majority of emerging adults find work, relationships, along with higher self-esteem and life satisfaction, studies show. And most achieve financial independence. The Clark University survey found that while 28% of 18-to-21-year-olds get regular support from their parents for living expenses, the rate declined to 6% among 26-to-29-year-olds.
Meanwhile, says Dr. Arnett, "It pays to relax and not panic because your 21-year-old or even your 26-year-old doesn't know what he or she is going to do. Almost nobody still has that problem at 40 or 50. We all figure it out eventually."
Write to Melinda Beck at HealthJournal@wsj.com
Shared from asia.wsj.com of 23rd Aug 2012
Newer Post Older Post Home