"Why are some people more successful than others?"

Why are some people more successful than others? Why do some people make more money, live happier lives and accomplish much more in the same number of years than the great majority?

I started out in life with few advantages. I did not graduate from high school. I worked at menial jobs. I had limited education, limited skills and a limited future.

And then I began asking, "Why are some people more successful than others?" This question changed my life.

Over the years, I have read thousands of books and articles on the subjects of success and achievement. It seems that the reasons for these accomplishments have been discussed and written about for more than two thousand years, in every conceivable way. One quality that most philosophers, teachers and experts agree on is the importance of self-discipline. As Al Tomsik summarized it years ago, "Success is tons of discipline."

Some years ago, I attended a conference in Washington. It was the lunch break and I was eating at a nearby food fair. The area was crowded and I sat down at the last open table by myself, even though it was a table for four.

A few minutes later, an older gentleman and a younger woman who was his assistant came along carrying trays of food, obviously looking for a place to sit.

With plenty of room at my table, I immediately arose and invited the older gentleman to join me. He was hesitant, but I insisted. Finally, thanking me as he sat down, we began to chat over lunch.

It turned out that his name was Kop Kopmeyer. As it happened, I immediately knew who he was. He was a legend in the field of success and achievement. Kop Kopmeyer had written four large books, each of which contained 250 success principles that he had derived from more than fifty years of research and study. I had read all four books from cover to cover, more than once.

After we had chatted for awhile, I asked him the question that many people in this situation would ask, "Of all the one thousand success principles that you have discovered, which do you think is the most important?"

He smiled at me with a twinkle in his eye, as if he had been asked this question many times, and replied, without hesitating, "The most important success principle of all was stated by Thomas Huxley many years ago. He said, 'Do what you should do, when you should do it, whether you feel like it or not.'"

He went on to say, "There are 999 other success principles that I have found in my reading and experience, but without self-discipline, none of them work."

Self-discipline is the key to personal greatness. It is the magic quality that opens all doors for you, and makes everything else possible. With self-discipline, the average person can rise as far and as fast as his talents and intelligence can take him. But without self-discipline, a person with every blessing of background, education and opportunity will seldom rise above mediocrity.

"No steam or gas drives anything until it is confined. No Niagara is ever turned into light and power until it is tunneled. No life ever grows great until it is focused, dedicated and disciplined."
~Harry E. Fosdick 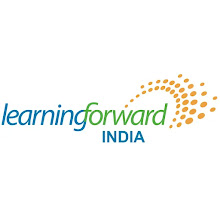 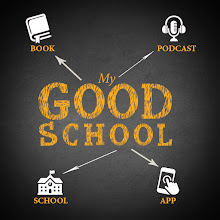