Humanity must learn to study Humanities!

It may be a coincidence or a true design, the study of sciences in the modern world has also been accompanied by the rise of crime and violence in the world. Are we to look at history and see how the human values and quality of life has changed with the advent of the age of modern science?


Students are made to choose between the science stream and humanities in the Indian education systems and they do not really have the freedom to choose what they want to study, with whom they would like to study and how they want to learn. What we refer to has the basic life skills and the need of a society are not what science teaches. While science offers us tools to be analytical and offers a logical understanding of the material being, an understanding of humanities is indeed more crucial for us to build a social and just society today. Science may help us build our ability to reason, it is humanities that will make us think and reflect, and even more valuable are the soft skills that are the bedrock of human understanding. Study of humanities to me is 'being human' and developing a feel for life. The word 'human' is very much a part of 'humanities', so the need of this stream in our scope of study is indeed paramount.

An article in The Globe and Mail "Humanities are not in decline" goes on to state that Canadian universities often complain that the problems of the United States are unfairly tagged onto our institutions even though this country does not share many of the issues – student debt, for example – across the border. Here is another interesting difference. If a new number-crunching exercise is correct, female students in Canada follow a more “traditional” gender route in their education. Ben Schmidt, a history grad student at Princeton, found that in the U.S., more women than men have switched their area of study away from the humanities to majors like business, engineering or the social sciences.

Could the decline of the humanities in the U.S. be seen as a good news story about how the opening up of new disciplines has led to much broader choices for women not just in school, but in life? Perhaps. But the earnings of younger women who prefer the study of humanities still lag behind men’s, so the payoff to moving disciplines is slow. And if you are a professor in the humanities or appreciate that a course in philosophy tells us more than engineering can about human nature. All university graduates feel they are over qualified: They experience more boredom at work than their lesser educated peers. At least the humanities grads can ponder Kant’s categorical imperatives while they’re daydreaming of jobs better suited to their inquiring minds.

Wikipedia defines humanities as academic disciplines that study human culture, using methods that are primarily analytical, critical, or speculative, and having a significant historical element,as distinguished from the mainly empirical approaches of the natural sciences.The humanities include ancient and modern languages, literature, philosophy, religion, and visual and performing arts such as music and theatre. The humanities that are also sometimes regarded as social sciences include history, anthropology, area studies, communication studies, cultural studies, law and linguistics. Scholars working in the humanities are sometimes described as "humanists". However, that term also describes the philosophical position of humanism, which some "anti humanist" scholars in the humanities reject. Some secondary schools offer humanities classes, usually consisting of English literature, global studies, and art. Human disciplines like history, cultural anthropology and psychoanalysis study subject matters to which the experimental method does not apply, and they have access instead to the comparative method and comparative research.

Science (from Latin scientia, meaning "knowledge") is a systematic enterprise that builds and organizes knowledge in the form of testable explanations and predictions about the universe. In an older and closely related meaning, "science" also refers to a body of knowledge itself, of the type that can be rationally explained and reliably applied. A practitioner of science is known as a scientist, this is again as stated by Wikipedia.

Today in the age when the modern economies are not really being run by the 'blue collared' workforce and strictly speaking the 'white collared' either, it is even more important for us to see how important humanities is for building a better world. Science has evolved, so has man's ability to challenge nature. As we produce more with the help of science we also create more challenges of waste, crime, destruction and head to become a very unhappy consumerist society. The need for values and soft skills that come to us through our humanities study, is the need of the hour. The study of humanities in many parts of the world make it look feminist. In the Delhi University the top three girls college are also the best performing in the humanities stream. Liberal Arts and the study of subject like English Literature alone help us build the qualities of empathy, compassion, understanding and some may go to say moral and values. What is needed is value based education and not just a debate between humanities and science.

A country like Bhutan values itself as being high on the 'happiness index', the search for peace and happiness in the mystic Himalayas and the cures provided by traditional / natural medicine all strengthen the belief that science does not always lead to human development. For us to develop we need a spiritual self that is evolved and places human feeling and well being way beyond a simple study of logic and a questioning mind.

Humans need to study humanity, and being human is our first duty! Seems a cliche and makes way for us to wonder whether we have taught science the right way. The subject boundaries like the physical and gender divide have been created by practitioners and schools that want to maximise the profit in the delivery of education as an economic activity. The great minds  philosophers, spiritualist and some say the genius did not choose between humanities or science. They were all humanist you used science as a tool to further their understanding of humans.

The need of the hour is to have a more liberal approach and use the fuzzy logic approach and deal with reasoning that is approximate rather than fixed and exact. This will help us value the study of humanities to further learning and help the human mind evolve to a new level and not just push us to become scientist or mathematicians alone.

Study of Humanities will lead us to a more value based and learned society. The education system needs to be delivered as an economic model and learning should be the key objective and not a mere outcome. Science is easy to teach and deliver, while Humanities is infinite and we do need to do a lot of research and reading to help build ourselves to learned individuals. This is what perhaps makes the delivery of science and a world full of inventions produce goods, services and products that do not really help further humanity. The atomic bomb is the most extreme example of the use of science, this has lead to create a world full of hatred and division. The learning of the mahatmas, spiritual gurus and preachers continue to offer the balm and offer peace of mind to humanity.

With due feeling for humanity, this article is published without prejudice and is the sole personal view of Sandeep Dutt, you can email him sd@ebd.in 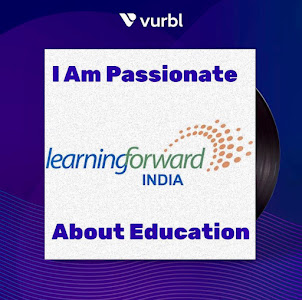